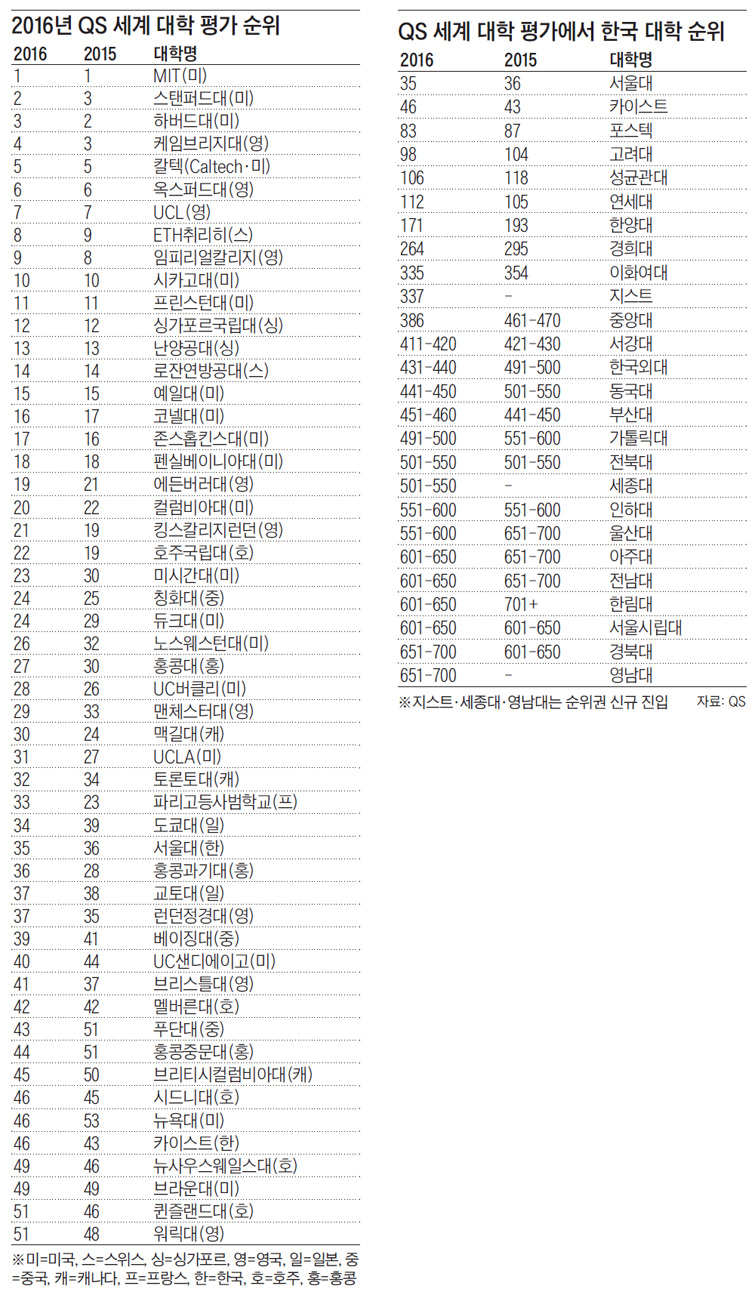 Four Korean universities have made it into the world's top 100 in the latest world rankings.

It was Korea University’s first appearance in the Top 100

Read this article in Korean